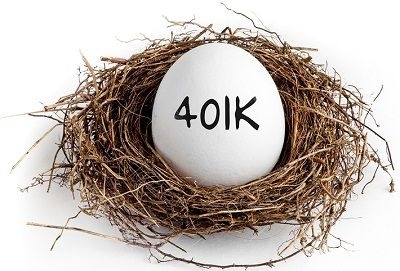 In my humble opinion, Americans have become overly reliant on 401(k)s. It's probably the investment you hear about most frequently, and it's not uncommon for a person's 401(k) balance to far surpass that of their non-retirement accounts. In fact, for many of my clients, their 401(k) is the only place they have any money invested before they start working with our firm. This imbalance means that when emergencies pop up or a goal is on the horizon, such as saving for the down payment on a home, the 401(k) is the largest (or only) asset to be tapped. By taking a distribution before age 59 1/2, however, you could potentially owe taxes and a 10% penalty on these funds. Enter the 401(k) loan, a tool that is being used with increasing regularity by investors looking to access cash that isn't available elsewhere in their portfolio. Read on about the inner workings of 401(k) loans, but I beg you, please don't come to a conclusion until you read my final verdict!

A 401(k) loan is a loan taken from your account balance. While not all plans allow them, 401(k) loans give participants access to funds before retirement age (59 1/2) without being subject to penalties and taxes.

How Much Can I Borrow?

Loans from 401(k)s are not subject to income tax when you withdraw the funds. As long as you pay it back, there are no tax implications. But that leads to our next question ...

Not technically, but it benefits you to do so. If you don't pay back your loan, it will be treated as an early retirement distribution. For traditional (pretax) accounts, this not only means paying a 10% penalty, but also income taxes on the amount you've withdrawn.

Interest: rates vary based on 401(k) providers, but the interest paid on 401(k) loans is actually deposited back into your account. While you're technically paying yourself back with interest, which is potentially a better option than paying interest on other types of loans, there are drawbacks. First, even though you are paying yourself back, 401(k) loans still reduce your account balance, which means missing out on the potential growth of those funds during the repayment period. Secondly, paying back loans to traditional 401(k)s could expose you to double taxation.

What Is Double Taxation?

One feature of traditional retirement accounts is that they are pretax, meaning the money you contribute is excluded from income taxation. In exchange for not paying income tax when the money goes in, you must pay when it's withdrawn in retirement. With 401(k) loans, the taxation of loan repayment has two layers to consider. The loan itself comes from an account that hasn't been taxed. When you pay back the PRINCIPAL (the actual amount of the loan), you do so with money that HAS been taxed. When you take it out in retirement, it will be subject to income taxes again. While this may seem like double taxation, it's a bit more complicated. Remember that you were also able to use the loan proceeds without paying any income taxes. So since you pay income taxes twice but also avoid income taxes twice, it's really more of a wash regarding the loan principal. Interest on 401(k) loans, however, is another story. You pay loan interest with money that has been taxed and wasn't part of the loan principal. When this money is withdrawn in retirement, it will be taxed again. Thus, the interest on 401(k) loans IS subject to double taxation; an important consideration when deciding whether this is the right option for you.

More and more plans are offering Roth 401(k)s, which allow participants to contribute money post-tax, and withdraw the money in retirement free from income taxes. Unless it's for a specific set of allowances, early distributions from Roth 401(k)s are treated differently than those of traditional accounts. As long as the participant has held their account a minimum of 5 years, only the earnings of the Roth distribution would be subject to the early withdrawal penalty and income taxes. If you've met the five year threshhold and haven't experienced any earnings, withdrawing your contributions would not be a taxable event. With Roth 401(k) loans, we must revisit double taxation. You've contributed money to your Roth that has been taxed. When repaying the loan, you would be using money for the principal and interest that has been taxed as well. When you withdraw the money in retirement, you won't pay income taxes on the principal OR the interest. So unlike a traditional 401(k) loan, where interest payments are subject to true double taxation, you wouldn't owe double taxes on the interest from a Roth 401(k) loan.

1. You Plan on Leaving Your Job Soon: if you plan on leaving your job within 5 years, taking out a 401(k) loan is risky. Remember, any outstanding loan balances must be repaid within 60 days of leaving an employer. Doing so would mean either coming up with the cash to repay the loan in short order, or risk it becoming an early retirement distribution

2. Retirement Is Near: the closer you get to retirement, the more hesitant you should be about stopping the growth of your investments. This is a time when you should be forming an income plan and making changes to your portfolio to reduce volatility. Robbing your account of potential growth should not be on your list of options

3. Your Investments Are Imbalanced: if you're in a position where you have to take a 401(k) loan, it's likely that you haven't established a good balance in your investments. With a mix of retirement and non-retirement assets, one gives themselves multiply places to either withdraw funds from more favorable investments or qualify for financing. The concern with a 401(k) loan is if you haven't established that balance yet, a loan will only further delay you from doing so.

4. You Can't Make The Payments: pretty simple. If you look in your budget and can't afford to pay back your debts within 5 years, a 401(k) loan is not for you.

I've done my best to be impartial as I wrote this, but I'm not a fan of 401(k) loans at all. I'm in the camp of people who don't think they should exist, as I feel investors don't fully understand its negative impact on a portfolio. With long-term, tax-deferred investments such as 401(k)s, giving them time to grow and compound can help make or break your ability to retire financially independent. By taking money out and robbing it of the potential to grow, even for 5 years, you could be causing major damage to your portfolio. If you're considering this as an option, I would exhaust all other possibilities and make sure that it is only used as a last resort. It may be great to know that you CAN take it if you have to. But as the saying goes, just because you can don't mean you should ...